The photograph shows sudanese president omar al-bashir. the international criminal court has been unable to prosecute al-bashir for war crimes because it cannot a) launch a search for him inside sudan. b) arrest him due to the court’s limited authority. c) issue an arrest warrant until sudan gives it permission. d) step in until the un security council refers the case to the court. 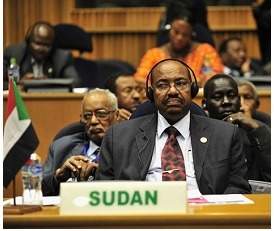 The correct answer is B) arrest him due to the court’s limited authority.

Omar al-Bashir is the president of Sudan and the first head of state ever indicted by the International Criminal Court for crimes against humanity, which he committed during the war in Darfur. He is alleged to have directly and systematically planned a genocide, persecution, and pillage of thousands of civilians of different ethnic groups.

In 2009, the International Criminal Court (ICC) indicted al-Bashir for these crimes and, although the ICC's indictments have a binding effect, it was not able to arrest him due to the fact that the execution of the ICC's orders are subjected to the good will of the states. Albeit the ICC has jurisdiction over crimes committed in Sudan due to a resolution of the UN Security Council, Sudan refused to deliver its president to the Court. This is because the ICC has a limited authority which depends on the will of the states.

B) arrest him due to the court’s limited authority.

japan participated in world war i from 1914 to 1918 in an alliance with entente powers and played an important role in securing the sea lanes in the west pacific and indian oceans against the imperial german navy as the member of the allies.

History, 21.06.2019 19:00
In which sentence is the italicized word used correctly? a) the sloth is a benefactor that primarily feeds on vegetation, insects, and small birds and reptiles. b) the flood victims were eternally grateful to their benefactors who provided them with food, shelter, and clothing. c) the spectators in the stadium all cheered when the benefactor announced the game would go into overtime. d) the benefactors visiting the laboratory were impressed by the complex equipment the scientists used.
Answers: 1
Answer

History, 22.06.2019 05:00
Who were the main leaders of the major powers (france, england, and great britain) during the treaty of versailles?
Answers: 2
Answer
You know the right answer?
The photograph shows sudanese president omar al-bashir. the international criminal court has been un...
Questions

Business, 22.04.2020 02:59
Sing the preceding information, answer the following questions: (Note: Round your answers to the nearest millionth dollar.) • What is the net cash inf...

Law, 22.04.2020 02:59
PLEASE HELP Question: Did the President and Congress go beyond their war powers by implementing exclusion and restricting the rights of A...

English, 22.04.2020 02:59
What does Benvolio's retelling of the fight reveal about his character? Which details does he choose to emphasize, and what does tha...

Computers and Technology, 22.04.2020 02:59
You have been asked to design a high performing and highly redundant storage array with a minimum of 64 TB of usable space for files. 4 TB hard drives...

Computers and Technology, 22.04.2020 02:59
Geraldine's Landscaping Service and Gerard's Lawn Maintenance are merging their businesses and want to merge their customer files. Each file contains...