What is the significance of the date october 29, 1929?
a.
president roosevelt’s new deal initiatives began on that date.
b.
stock prices continued to drop after a devastating crash the week before.
c.
a national “bank holiday” was conducted to freeze fund withdrawals.
d.
the national unemployment rate reached an all-time high of 38 percent.

Stock prices continued to drop after a devastating crash the week before.

Answer from: ilovecatsomuchlolol
B. Stock prices continued to drop after a devastating crash the week before.

In late 1929, the stock market, and everything that had built the roaring twenties, began to come undone. The first day of losses was Wednesday, October 23, 1929, where the stock market fell drastically during the last hour of trading. By the next week, Monday, October 28, 1929, people had begun to have serious doubts about the integrity of the economy. One this day and the following day, the crash would set in in ernest. On Monday the Dow fell 13%. The pace of selling was so fast that traders spent into the night trying to get ready for October 29. On the next day, the famous Black Tuesday, the markets dropped 12% more. In total, $25 billion, some $319 billion in today's dollars, was lost in the 1929 crash. 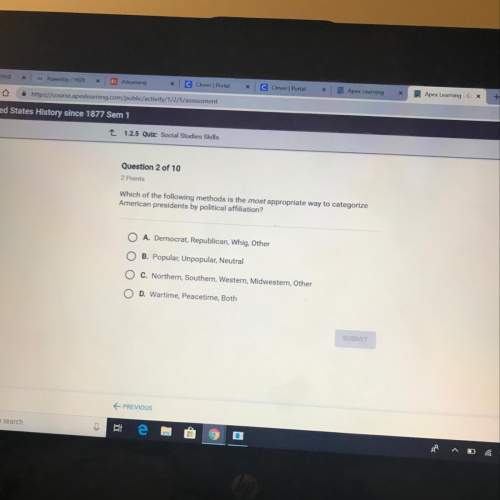 answer; /// the above statement is (false); the smaller states objected to the virginia plan because they would have fewer votes that the larger states;

Chemistry, 25.04.2021 14:00
A student was investigating the reaction between marble chips and dilute hydrochloric acid

Physics, 25.04.2021 14:00
the student lets the toy car roll down the slope. describe how the student could find, by experiment the speed of the toy car at the bottom of the slo...

Physics, 25.04.2021 14:00
Explain why people are more likely to believe in the Big Bang. 1xPEE ill give you brainliestPEE stands for point evidence and explanatio...